If yes, you could find yourself the lucky recipient of a new brain. Much like ambling down the yellow brick road to pick up your new thinking head, recent research shows that if you were to head down to the metaphorical Scarborough Fair and picked up the herbs suggested you could improve your memory and test results. Yup, rosemary is the new Cliffe’s notes.

Apparently this is not news, the ancient Greeks used to wear garlands of rosemary around their necks during exams to help boost performance and bizarre as it seems the tests carried out at Northumbria University seem to justify the practice. Seems the Greeks were on to something more useful than nude wrestling.

40 pupils aged 10 & 11 took a series of memory tests in rooms with and without the smell of rosemary, these were blind tests and on average when conducted in the medicinal fug of rosemary there was an improvement of 5-7%. (http://www.bbc.co.uk/news/education-39780544) Obviously this is a small scale test and before we start roping great loops of garden herbs around our children’s necks more tests are likely warranted but it is compelling. 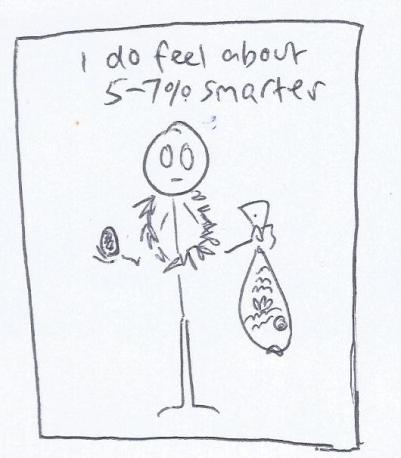 So as we approach exam season what other memory boosting tricks can be consumed or worn to help gain that extra edge? There are lots of books and theories espousing certain foods can help and whilst it’s unlikely that there is any one magic bullet for this kind of thing the relationship between diet and performance is undeniable. The links between sugary cereals and powers of concentration and alertness are by now well established. So with a pinch of salt (not beneficial) here are the top 10 super foods for promoting brain health.

So if you eat these in the weeks running up to your exams and wear a rosemary wreath you will likely be a pungent but slightly more alert student. Failing that, crack the books and revise with a friend.