Finally some good news! Well, qualified good news. Well. Qualified good news that will have a small impact on a small minority of people. But good news nevertheless. The Times Higher Education rankings for 2017 (https://www.timeshighereducation.com/world-university-rankings/world-reputation-rankings-2017-results-announced) have been released and the UK can proudly boast of its having 10 in the top 100 universities globally. Which actually seems pretty weak really, but only because we are brain washed into assuming everywhere else is worse.

The big winner was Oxford which has drawn level with its old sparring partner and upstart younger sibling Cambridge, with both now in joint 4th place, behind Harvard, MIT and Stanford. Other UK winners include UCL, LSE, Imperial and Edinburgh all of which improved upon the previous year’s rankings. Indeed of the 10 UK universities featured, 8 either held or improved their positions.

Obviously this is good news for the UK’s higher education sector, particularly given the concerns following the fallout of Brexit. Although those in the know worry about the longer term issues that will arise from the absence of EU funding and collaboration, for now at least this is welcome news. 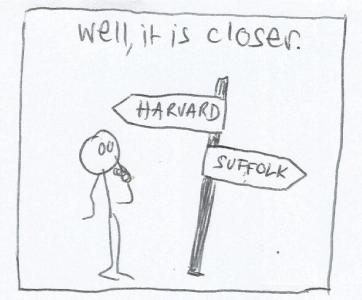 It did however set me thinking – why aren’t more students from the UK pursuing opportunities overseas? For the next couple of years at least whilst we’re still part of the EU, opportunities to study in Europe are vast and often make greater financial sense, France, Switzerland, Germany and The Netherlands all boast institutions within the top 50, (Netherlands 51st but who’s quibbling?). Equally with the astronomical fees levied by even third rate universities in this country you may get more bang for your buck by opting to study in the States, which features an impressive 8 of the top 10 and 28 within the top 50. The assumption is that it will be cost prohibitive but actually many of the wealthier institutions operate a ‘needs blind policy’ that is, if they like you, they’ll foot the bill for what you can’t. On top of which further grants and scholarships can be attracted by the best and brightest or most able in a specific field. To put it in context if you’re going to be saddled with £50,000 of debt and loans by attending Sheffield Hallam or Liverpool John Moores or similar, versus attending somewhere like Columbia University in New York (and part of the prestigious Ivy League) where ostensibly it costs $55K per year for tuition fees alone but with a financial aid package available for students all over the world, you could end up almost getting paid to attend, minus your personal expenses. They spent $140 Million last year on financial aid. I know which I’d find more exciting and the career and networking opportunities gained by studying in an elite college make it seriously worthy of consideration.

When you look at the number of students from around the world coming to these shores in pursuit of academic excellence and then compare that to the numbers of our students showing the same ambition, it is quite humbling. I think in this country there is a nationalistic arrogance that assumes we have no need to look elsewhere as we’ve got the best of what’s on offer on our doorstep. It is a parochial and wrong headed assumption, it’s just the best of what’s close to us. Even those that enjoy huge prestige in the UK such as Durham only just scrape in at around the 90th mark when set against their international counterparts. Don’t get me wrong – for parents it must be a huge leap, sending your child off to God knows where, on the other side of the world, and for all my bluster I’m not sure I could bring myself to encourage it, and for the student themselves of course it must be terribly daunting. But it is our responsibility as parents and your responsibility as a student to try and give yourself the greatest possible chance of success, wherever that may take you. The world is changing, it is competitive and hard and opportunities are created and sought out, they don’t stumble into your lap like a drunk fresher. Dismiss the assumption that academic greatness begins and ends at the White Cliffs and look for where you can get the best possible education, under the best possible financial circumstances no matter where it may take you. Even if it’s scary.

One thought on “World University Rankings released – why are we Brits so unambitious when it comes to university selection?”